Alexander Road aim to follow up a good win over Victoria Park with a winning performance in the PE Central leg of the SPAR Eastern Cape Schoolgirls Hockey Challenge on Sunday.

The tournament will take place at Alexander Road in Port Elizabeth.

Alexander Road coach Kyle Schimper said their team had changed from the side which won the title last year, but they had settled down well.

“Scoring six unanswered goals against Victoria Park this past weekend was definitely a boost as goals are crucial in the shortened version of the game,” he said, referring to the format of 20-minute matches. 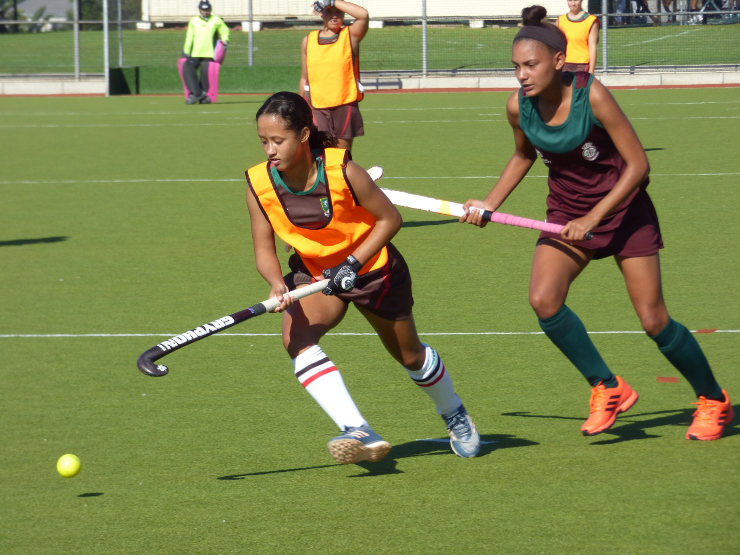 Kiara Meyer (left) will be aiming to help Alexander Road retain the title in the Port Elizabeth Central leg of the SPAR Eastern Cape Schoolgirls Hockey Challenge at Alexander Road in PE on Sunday. Photo: Supplied

“Most teams tend to want to go on all-out attack but this can sometimes have a negative effect as an unexpected breakaway or counter-attack can lead to a goal against you.”

Schimper felt they would come up against some strong challengers on Sunday.

“Collegiate will be the big test in our pool and teams like Pearson and Woodridge always have strong hockey teams.

“Framesby is another team you cannot underestimate with their impressive improvement over the last few years.”