South African netball captain Bongiwe Msomi is ready to make an impact at the University of Johannesburg after being appointed the sport’s manager and head coach last month.

It continues a remarkable journey for the Proteas player, who led the national side to the World Cup semifinals in England earlier this year.

Oddly enough, Msomi only took up the sport when she went to watch a friend practice at Luthayi High School in 2005.

“When I got there they only had 13 players and as they wanted a full-court practice, the coach [Thembisa Mncwabe] was asked if I could join in,” she said.

She was given permission by the coach and she soon became a keen participant in the sport.

While she has reached the top level, Msomi has not forgotten her roots or the start Mncwabe gave her.

“He has been such a big part of my netball life and today he still gives me advice, making sure that I keep my feet on the ground. Sometimes when people tell me I played well he will suggest that I should have done this or should have done that.”

Having made her mark in the game during the latter stages of her school career, Msomi, who grew up in Hammarsdale near Durban, underlined her ability as a player and leader by captaining the national U21 side in 2009. 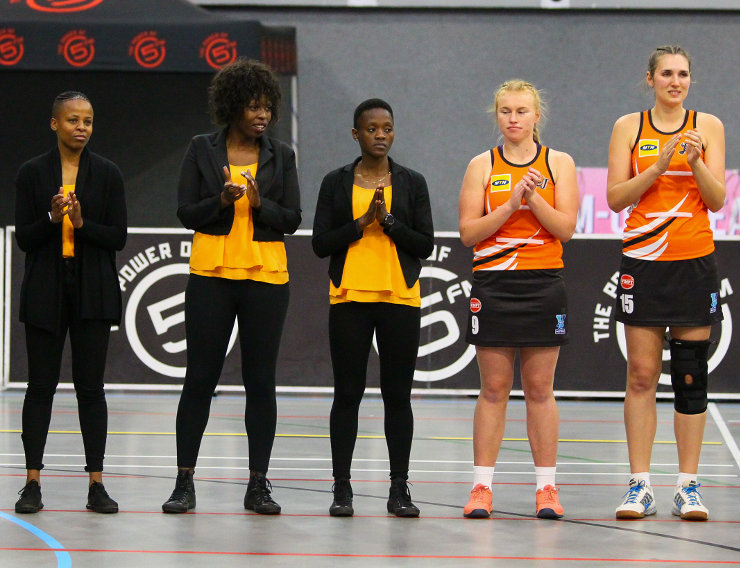 She graduated to the senior side in 2011 and has captained the national team since 2016, earning a total of 104 caps so far.

Having played in the professional leagues in England and Australia, Msomi says there is still nothing to match representing your country.

“Every time my name is announced in the national squad there is a feeling of excitement,” she said. “It is something I will never take for granted.

“I love having the opportunity to help empower women and I want to give hope to all girls in the South African community.”

Having made her mark on the court she is looking forward to the opportunities which lie ahead in her position as UJ netball manager and coach.

“I have an awesome opportunity as a UJ netball coach to showcase what I can do for others through the sport. I am really excited for what lies ahead,” she said.

“I feel I have a lot to offer the Orange Army. This is an exciting step not only for me, but also for the ladies I will be working with and for the University of Johannesburg.”