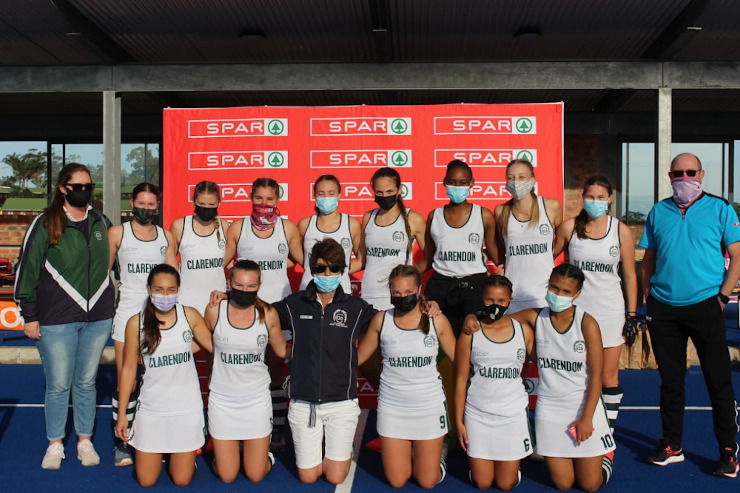 Playing at the Merrifield College campus, Clarendon beat their East London rivals 3-0 in the decider to book a place in the provincial finals to be held at Collegiate in Port Elizabeth on July 31 and August 1.

Since the inaugural tournament in 2016, Clarendon and Hudson Park have shared the spoils in the East London playoffs, with the former taking the title in 2017 and 2019 and the latter in 2016 and 2018. Clarendon also won the overall provincial title in 2017.

“The girls appeared a bit rusty in the early games, but they quickly found more cohesion and rhythm in their play as the day went on,” she said.

“Clarendon and Hudson really got into their stride in the final with some slick passing and exciting circle entries.

“It was Clarendon, however, who made better use of their opportunities to retain the title they won in 2019 by slotting three goals without reply.”

Clarendon, who were unbeaten during the day, had earlier also defeated Hudson Park in the league phase 1-0. The goals in the final were scored by Braunwyn Martin (2) and Jenna Viviers.