Experienced stage racer Yolande de Villiers is ready to tackle one of her favourite races on the calendar when the PwC Great Zuurberg Trek mountain bike race takes place next week. 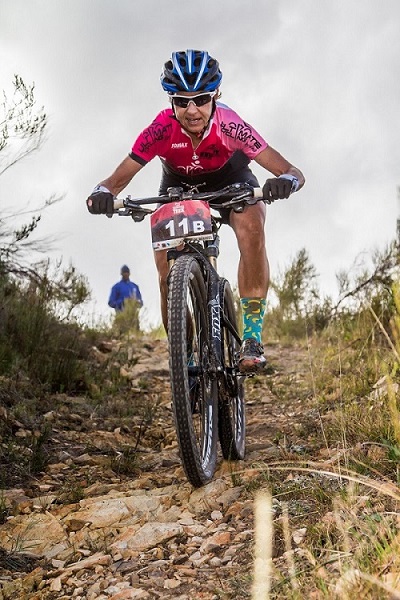 Riding for Dryland-Ultimate Cycling, De Villiers will be linking up with Neill Ungerer for the three-day event, starting at the Zuurberg Mountain Village, near Port Elizabeth, on May 26.

She said she had always enjoyed the Eastern Cape and the Zuurberg catered for the riders’ needs in all aspects.

“The trails in the Eastern Cape are world-class, the accommodation is luxurious and the food is magnificent,” said the former national marathon and Cape Epic champion.

“The smell of elephants and citrus makes it a magical experience.”

Although she has not seen a list of entrants, De Villiers said she knew the competition would be keen, but they would still be aiming for a spot on the podium.

She is looking forward to riding with Ungerer, from George, after they won the mixed section in the GR300 in Knysna last month to add to their title in the Cape Pioneer Trek late last year.

“Neill is such a great partner who does a lot of work on the open roads and gives me the best lines on the single-track.

“He is super strong on the bike but he doesn’t kill me or try to race me.”

With both of them having grown up in Oudtshoorn, they are accustomed to hot and testing conditions and De Villiers said she felt this made them “harder riders”.

“We both have strong minds and although we have fulltime jobs and don’t have loads of time to train, but we do everything we can to be as well prepared as possible.”

De Villiers said her season’s highlight was placing second overall in the three-day Tankwa Trek in February alongside Mariske Strauss.