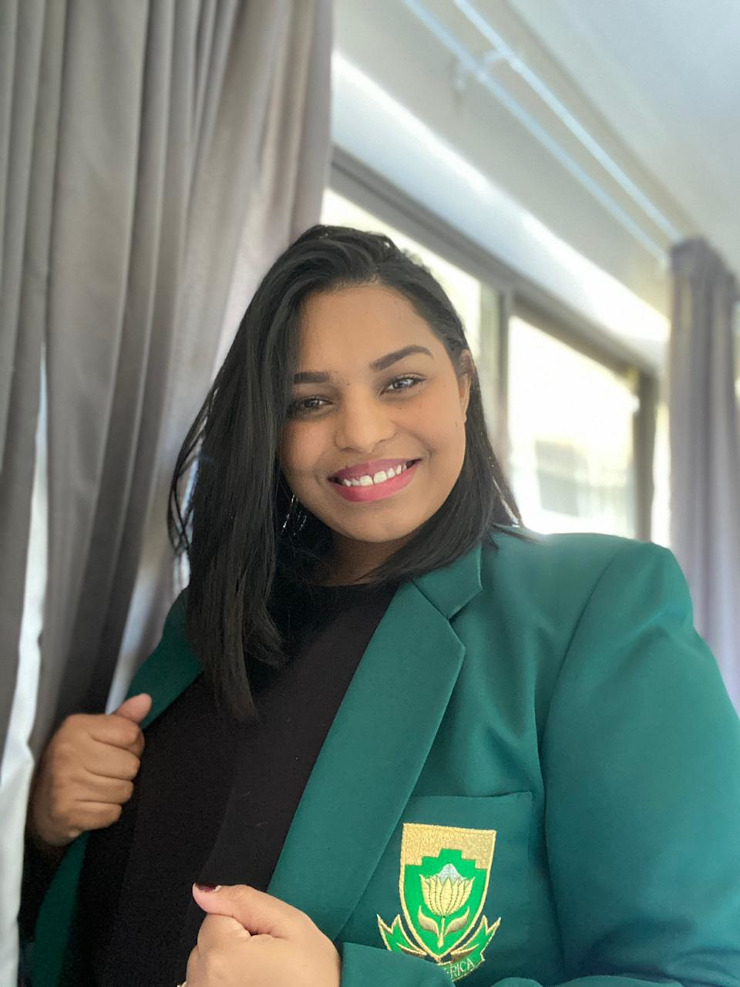 The 27-year-old ex-national player was appointed to the position in October and to attain success in such a challenging environment, she says it is essential to retain “calmness in the chaos”.

“My main coaching philosophy is that I do not panic and prefer to work silently in the background to provide the calmness required,” said Mentoor, who studied at Nelson Mandela University from 2012 to 2018.

“I coach the mind just as hard as I coach the physical aspect of the game, because I believe that you must cultivate the mind to achieve the maximum performance from players.

“I suppose I also remain calm because I am a big believer in doing the work before the competition to make sure my players are well prepared for all aspects – the controllable and the uncontrollable.

“So there is no need to panic; you only need to adapt,” she explained.

“Teaching responsibility and accountability are important as this provides the players with life lessons through sport.”

Mentoor, then Christian, started coaching at a young age, during her first year at Nelson Mandela University, and she played provincially and nationally for several years.

And yet, if it hadn’t been for a talk given to a group of swimmers by some water polo players during her schooldays at Kingsridge in King William’s Town, she might not have found this career path.

“I was a swimmer and a group of high school water polo players came around and called all of the swimmers for a talk when I was 11,” recalled Mentoor.

“I remember them telling us about the sport, how social it was and how you could travel the world and meet so many people. Well, 16 years later that could not be more true.

“Following that talk, we attended an introductory training camp at Stirling High School in East London and I fell in love with the game.

“I could finally use my strength and build with a combination of the swimming I was already doing and I received instant joy from playing – I knew this was what I wanted to do.”

She was recognised for her playing skills at Nelson Mandela University, twice receiving the Madibaz sportswoman of the year award.

In her last year, she was named the varsity’s coach of the year at the annual Achiever Awards dinner.