“Our dynamic works well because we’re very determined and we both want to win,” he said.

“We laugh at each other and call each other cockroaches because we both suffer properly to try and achieve the best we can.”

The paid have both had to overcome serious injuries in recent weeks and have slowly but surely made their way back to racing condition. 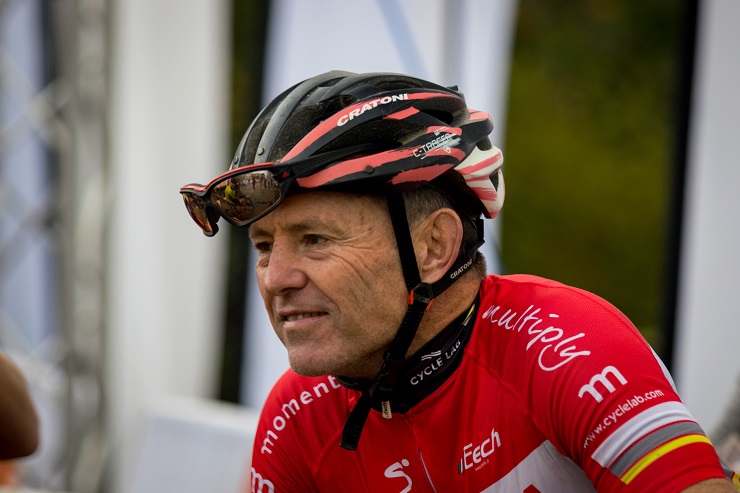 The 1995 World Cup winner was unable to finish the Cape Epic in March due to a fall that left him with extensive facial injuries, a punctured lung and broken ribs.

Mclean was also sidelined after a freak accident shortly before the Epic prevented him from starting the eight-day race.

“Riding with Andrew is a real privilege because he’s an incredibly astute racer who really understands his partners,” said Stransky.

“We’re both coming out of injury and he knows my propensity for suffering so we’ll have a go, but I know if he sees me suffering he’ll back off and look after me a bit.”

The former Bok said his road to recovery had been a smooth one and all that was left to do was to continue building on his condition ahead of the demanding PwC Great Zuurberg Trek.

“As much as I’m not in the condition I was before the Epic, I’m definitely not in bad shape and I’m training as hard as possible.”

After getting onto the podium in 2016, Stransky said their aim would be no different.

“Knowing Andrew, I’d imagine he’s going to want to do better than third.”

The pair will pit themselves against arguably the toughest field in the history of the event as they go up against the likes of defending champion Andrew Hill, who has partnered with up and coming pro Marco Joubert, and Ellsworth-ASG’s Pieter Seyffert, who triumphed two years ago.

Injuries not keeping Stransky and Mclean away from Great Zuurberg Trek
Hill and Louw targeting Zuurberg win
Seyffert, Walker eye Zuurberg title
Beneficiary to reap rewards from active role in Zuurberg race
Great Zuurberg Trek will be a test for all