The SPAR Madibaz team bounced back from two losses with a victory over University of Western Cape in their Varsity Netball clash in Port Elizabeth on Monday.

Led by goal attack Jami-Leigh Goeda, who was named the FNB player of the match, the Nelson Mandela University outfit won 63-44 for their second win of the season.

The 18-year-old first-year student combined her speed with the height of teammate Jody Vorster to seize the advantage in their encounter.

Goeda, however, acknowledged that they still had some tough matches ahead.

“The big thing for us is that we have to stay focused,” said the business management student.

“We have to keep each and every centre pass and stick to our partners, because we know that Kovsies [Free State University] and Pukke [North-West University] will bring their best games.” 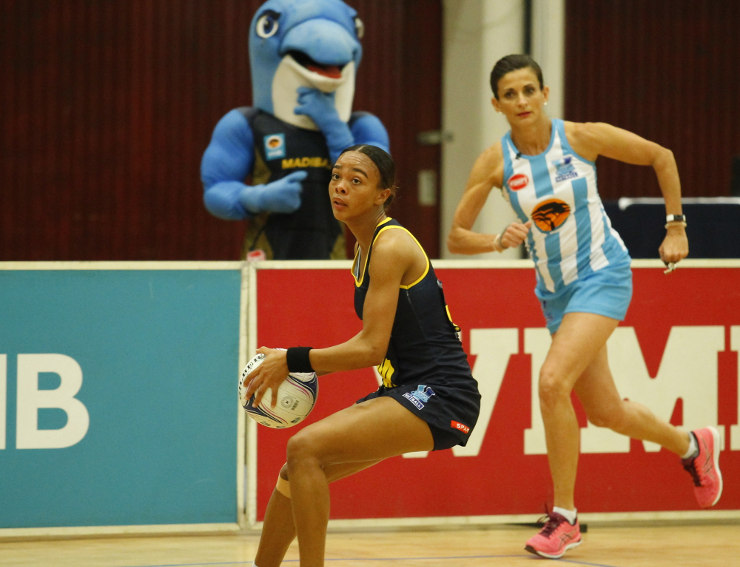 Madibaz player Jami-Leigh Goeda was named FNB player of the match in their Varsity Netball fixture against University of Western Cape in Port Elizabeth on Monday. Photo: Michael Sheehan

The Madibaz squad face another double-header this weekend when they play in Pretoria, tackling Kovsies on Sunday and Tshwane University of Technology on Monday.

After defeats at the hands of UP-Tuks and Stellenbosch, Goeda said they were delighted to win again.

“We went in with positive energy and that was important for us,” she said.

She added that the positives they could take from the match were that their hard work throughout the game had paid off.

With Goeda and Vorster combining well on attack, Madibaz took a commanding 15-6 lead in the opening quarter.

They drove that advantage home in the second quarter, leading 27-15 at halftime as their defence worked hard to hold UWC at bay.