Madibaz cricket coach Lefa Mosena said his squad must eliminate errors from the outset if they were to have a chance of lifting the University Sport South Africa cricket title in Gqeberha this week. 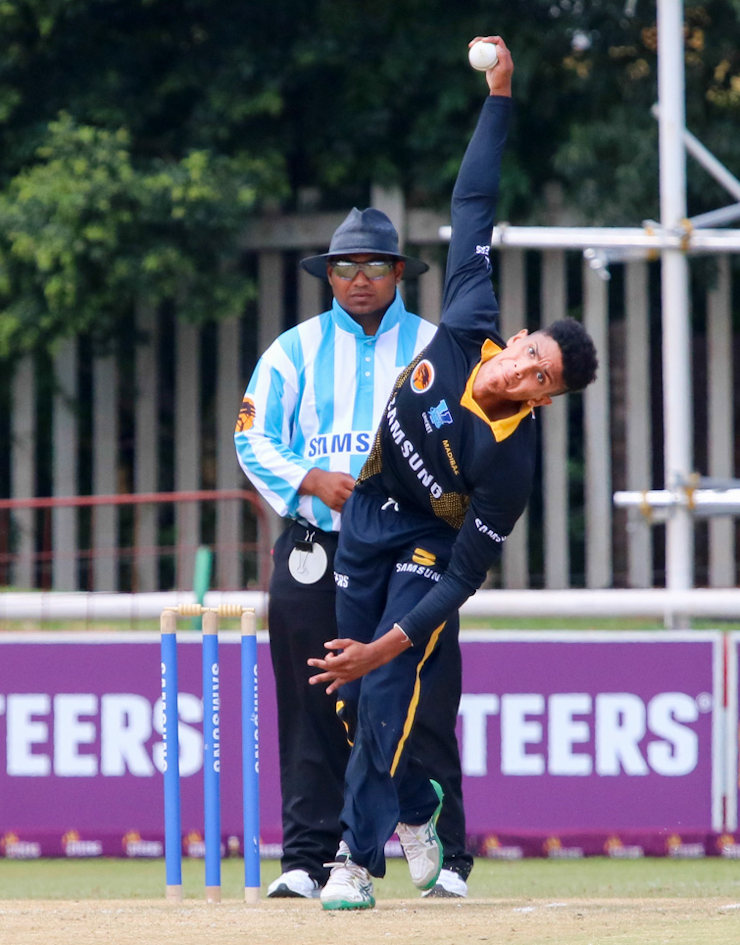 Allrounder Kyle Jacobs will captain the Madibaz A team at the University Sport SA cricket week in Gqeberha from Wednesday to Sunday. Photo: Supplied

After not taking place last year, the annual varsity tournament is back on the calendar, beginning on Wednesday, and the Nelson Mandela University players are excited to contest their fixtures on familiar territory.

However, Mosena said they realised that they would have to get it right against tough competition when they open their campaign against the University of Johannesburg on day one.

“We are up against Johannesburg, Stellenbosch and Free State in our pool and all these teams have done well in past USSA tournaments,” he said.

“That means that each match will require us to nail every facet of the plan to ensure that we stay in contention for the playoffs.

“We have always tried to play according to the conditions and the situations in front of us. I think, if we play to our potential, we will be a force during this week.”

The coach added that the squad would call on the experience of competing in previous tournaments.

“A large number of the players have been involved in national tournaments before, so this experience will not be foreign to them,” said Mosena.

“We also have a good balance in the team, with players who can cover more than one role if needed, so that will be important in the 50-overs format.”

In terms of preparation, he said he was happy with the training that the players had put in.

“We have had optional morning skills sessions for those who wanted to put in extra work after our normal afternoon practice sessions on Tuesdays and Thursdays.

“In addition, our local Eastern Province 50-overs league is in full swing so the boys are getting game time.

The players had also turned out for the Warriors as well as the Eastern Province Colts and Academy sides, which meant everyone had been working on their games, he said.

“We know it will be another testing week of cricket, but we are ready to take on the challenge.”

The Madibaz Cricket Club will be fielding two teams in pool A, which comprises eight teams split into two sections.

The first three days (Wednesday to Friday) will see the round-robin phase taking place, followed by the cross-pool and final playoffs on Saturday and Sunday.

Pools: A – Madibaz A, Stellenbosch, University of Johannesburg and Free State; B – Madibaz B, UCT, Pretoria and NWU-Potch.