Jason le Roux’s side went through their league programme unbeaten, winning all four games, which bettered the record of their rivals [three wins, one loss). 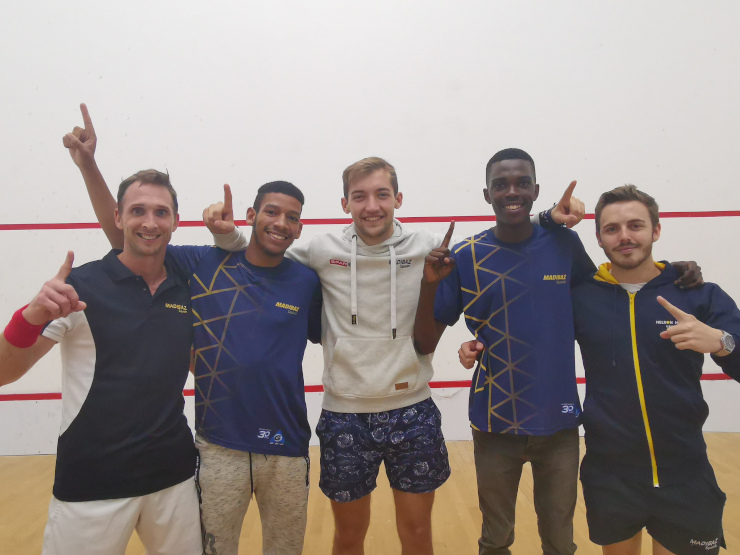 “I felt Warren [Bower, who beat Tyrone Dial] and Siphelele [Mpini] against Arthur Maree] were the big wins on the night,” he said.

“Siphelele was unbeaten at his position during the league and this came after he defended three match balls in his first game to win 3-2. From there he just got better during the season.”

He felt the team always had the ability to win the league, but that they needed to believe in themselves against a potent Londt Park side.

“We had not won the league for two years so there was a hunger to regain the title.

“We went into the match against Londt Park with the mindset that we would have to work hard to get the win and we were prepared to do that work.”

Le Roux said they would take the same attitude into the University Sport South Africa tournament to be hosted by Rhodes in Grahamstown in July.

“We have most of the players back from last year, when we finished second, but this time John Kuhn [the team No 1 in 2018] is available, so we will be significantly stronger.”