FNB Madibaz eighth man Mihlali Mosi stepped up to the next level after catching the eye with his performances last week in the first block of matches in the Varsity Cup rugby tournament. 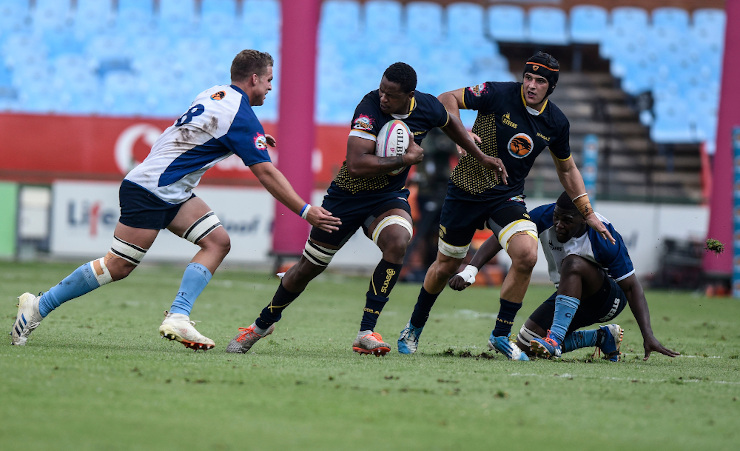 Coming up against the cream of the country’s student sides, Mosi was named the Back Row Breaker of the first three games and he acknowledged the intensity of the competition.

“The standard of the rugby is right up there and it’s a lot more challenging because all the teams are well-coached and the players are all well-conditioned,” he said.

Despite the three defeats, the 25-year-old said Madibaz were learning all the time.

“From the three matches I’ve played I have discovered that the game is only over in the 80th minute and not a second before that,” he said.

“At this stage we are just trying to right our wrongs and, by doing that, we hope to secure a win in the second block of matches.”

Mosi lives in KwaNobuhle near Uitenhage and started his schooling at Hombakazi Primary before going to Molly Blackburn Senior Secondary from Grade 8 to 10.

“Through rugby recruitment I then completed my high school education phase at Muir College,” said the player whose preferred position is eighth man but who can also turn out on the side of the scrum as an openside flank.

He is having his first taste of the Varsity Cup, which is a step up from the Varsity Shield competition where he turned out for Walter Sisulu University for several seasons.

Madibaz will return to Pretoria for the second phase next week, opening against University of Johannesburg on April 22. That will be followed by clashes with Wits (April 27) and Free State University (April 30).