The Madibaz cricket team will be out to keep calm under pressure by making the right decisions when they compete in the Varsity Cricket tournament in Potchefstroom next week.

The annual Twenty20 event takes place from Monday to Saturday and newly appointed coach Lefa Mosena wants the Nelson Mandela University outfit to be as competitive as possible against their peers.

He said there were several elements that the squad, led by Joshua van Heerden, would have to get right.

“We are not relying on any particular individuals because all the players are key in the specific roles they have in the team,” said Mosena. 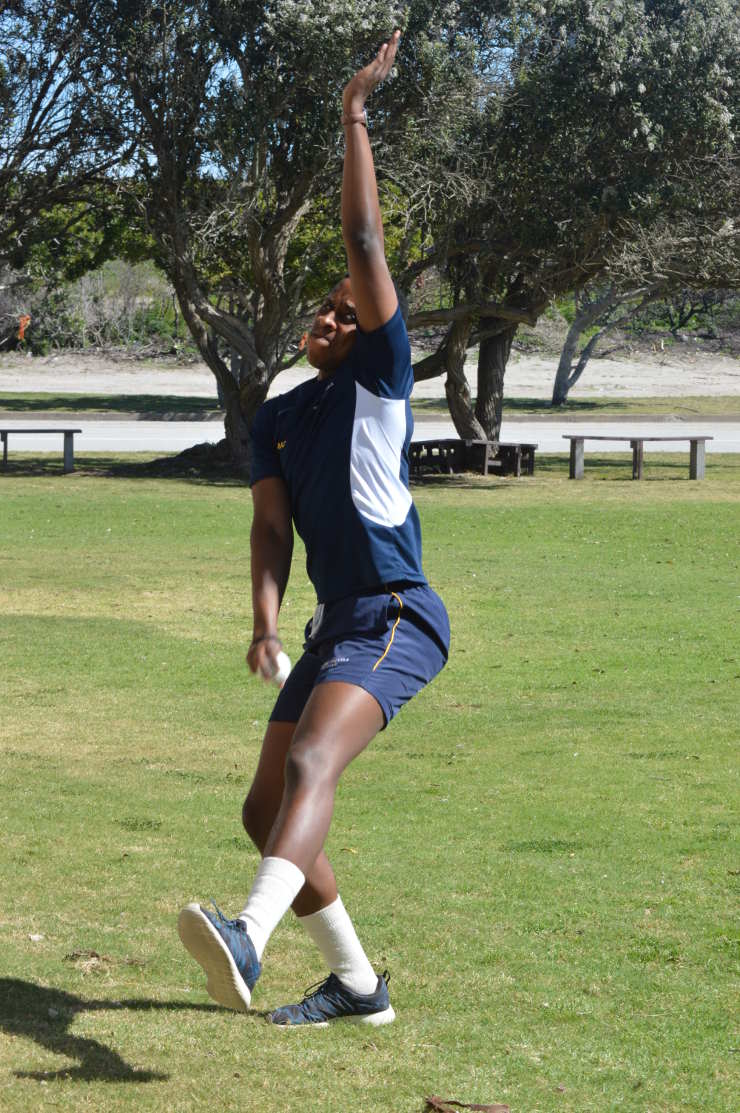 Hlumelo Cekisani will be a key member of the Madibaz squad at the Varsity Cricket tournament in Potchefstroom from Monday to Saturday. Photo: Brittany Blaauw

“The main element we need to get right is making the right decision at the right time and we will also have to adjust to the different situations we will face.”

Coming a month before the start of the official cricket season, Mosena said they had had six weeks to prepare.

“We used the first two weeks to concentrate on the basics and had discussions about T20 cricket at the EP Cricket indoor facility in St George’s Park.

“We then moved to turf nets where we could execute our plans at 100%.

“In between that we had T20 warm-up games, which turned out to be a fruitful exercise to gauge where we were and to select our final 14-man squad.”

Madibaz Sport cricket manager Sipho Sibande said they were excited to see a new generation of cricketers test themselves on a national platform.

“We have a slightly inexperienced team, but we are confident that the experience gained at the 2019 Varsity Cricket competition will stand us in good stead,” he said.