A quartet of young SPAR Madibaz netball players are determined to seize their opportunities after being included in the South African U21 squad following last month’s training camp in Pretoria. 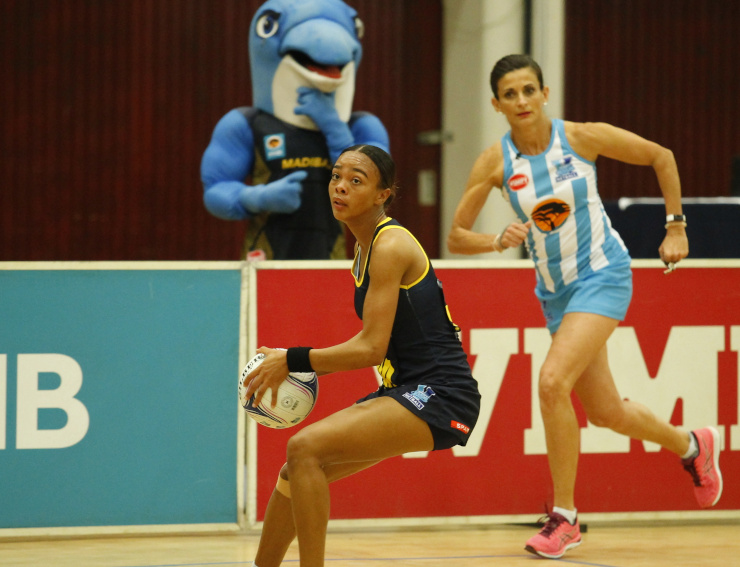 SPAR Madibaz netball player Jami-Leigh Goeda is one of four Nelson Mandela University student-athletes to be included in the SA U21 training squad after a recent national camp. The others are Kaylin Coetzer, Asekho Njeza and Britney van der Merwe. Photo: Michael Sheehan

Coetzer and Goeda were also named in an SA U21 Invitational team to compete in the Telkom Netball League in Bloemfontein from October 14 to 27.

The first and second-year students are thrilled at this chance to prove themselves on a bigger stage.

Coetzer, 18, said she had focused on performing the best she could at the camp and was excited for what lay ahead.

The first-year student added she was “extremely honoured” to be in the U21 Invitational squad.

“Just to be surrounded by the women [in the U21 Invitational squad] who are so passionate and willing to work so hard will be an amazing experience,” she said.

Nineteen-year-old Goeda, the only second-year of the four, said it had been a tough year, but she had always kept her faith.

“Even though we had a delay because of Covid-19, and it was tough at times, I knew that God’s hand was working.

“In the end the excitement was overwhelming and I am so grateful for this chance to play in the Invitational side.”

Njeza, a 19-year-old from East London, is planning to following in her mother’s footsteps. Zandile played for the SA U21 and senior teams.

“I feel proud and excited of what is to come and how it will affect me moving forward,” the first-year said.

“My aims now are to work on my fitness, as well as my distribution skills, because I know I need to be sharper and faster with or without the ball.”

Van der Merwe, also 19, has a strong desire to play for the national team and said she realised the U21 camp was a significant steppingstone.

“I knew my performance could either make or break whatever future I have in South African netball, so I set myself the short-term goal of giving 100 per cent every time I went onto the court.

“At first, I was relieved to be included because all the girls at the trials were worthy of SA selection, so to be selected for the squad was an incredible honour. Then later I felt an overflow of gratitude and joy.”