After making the semifinals last year, the SPAR Madibaz outfit have reset their focus for the 2019 Varsity Netball tournament, which gets under way on Monday.

The Nelson Mandela University team host University of Johannesburg at the Madibaz Indoor Centre in Port Elizabeth and coach Lana Krige said it was important to concentrate only on what lay ahead.

“We know that anything is possible in sport and past performances do not count,” she said.

“UJ are made up of players with above average height, especially in their circles, and they combine this with centre court speed.” 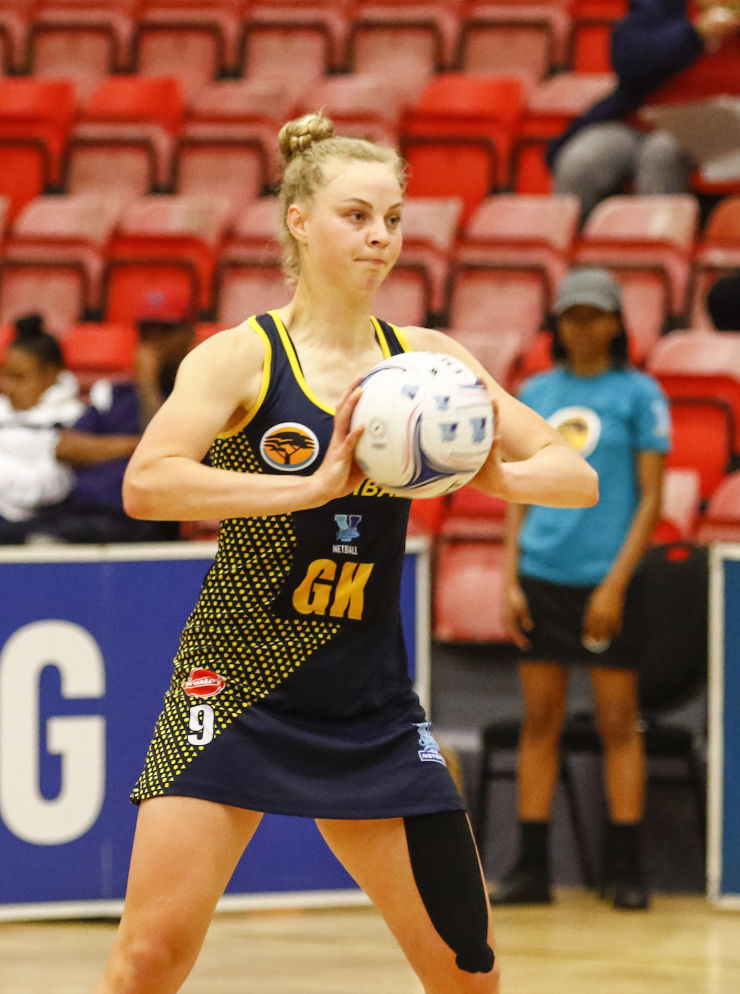 Jeanie Steyn will add much experience to the SPAR Madibaz team when they open their Varsity Netball programme against University of Johannesburg at the Madibaz Indoor Sports Centre in Port Elizabeth on Monday. Photo: Varsity Sports

She added that the class of 2019 comprised a good combination of experience and new faces, but that it would come down to a concerted team effort.

“We are missing some senior players from last year, but we are confident that the new talent will stand up and be counted.

“We want to make sure we are a tight-knit unit who are willing to play the extra pass, defend the extra ball and run the extra mile.”

Krige said they were looking forward to playing at home.

“This is important to us because the Madibaz crowds have always been able to lift our players to greater heights.”

“Their contribution to the success of the team and the club as a whole is invaluable,” she said.