Former Madibaz hockey star Jody Paul has made his mark on the British hockey coaching scene at a number of levels since moving there in 2006. 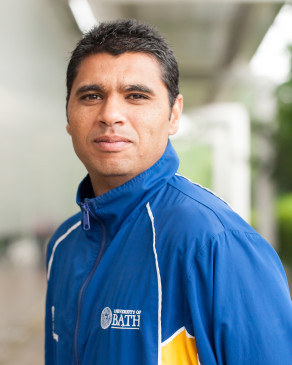 Recently the 44-year-old ex-South African player, now the head coach at University of Bath, shared his coaching philosophy in a webinar with Madibaz Sport.

Besides his position at the university, he is also the interim head coach for the Great Britain elite women’s programme, and has been used in coaching roles with the national U21 and U18 boys’ teams.

“I have also assisted in the senior programme in both genders, with a highlight being a bronze medal at the European Championships in 2017 with the men,” said Paul.

However, he fondly recalls his time at the Port Elizabeth university, then known as UPE and later Nelson Mandela Metro University, where his potential saw him eventually selected to represent SA at the 2004 Athens Olympic Games.

“I genuinely loved my time as a student and coach at UPE and then NMMU,” he recalled.

“Sharon Beckman and Brian Hibbert were the two people who got me to UPE all those years ago and I will be eternally grateful for the opportunities they provided me as a player.

“NMMU allowed me the opportunity to carry on playing international hockey by employing me in The University Shop as a manager and Riaan Osman used me as head coach of the hockey programme.

“Riaan and Paul Geswindt were very accommodating and extended my international playing career.”

“My first years of developing as a coach were at NMMU where I worked with some talented athletes. That time allowed me to grow as a coach and gave me the foundation for what I am doing now.”

The Pauls – wife Tracy, children Jack and Jude and a dog – have settled into their life in Britain.

“We live in a lovely village called Farmborough just outside Bath and this is our home now,” said Paul.

“We still have family in Port Elizabeth and were lucky enough to visit them December and January. It is always great to come back home to PE and see friends and family, even though we do catch up regularly with messages and social media.

“It’s good for the boys to meet all their cousins and have a connection with South Africa. They love visiting SA.”