The Madibaz cricket team will be focusing on the basics to assert themselves at the University Sport South Africa cricket week, which Nelson Mandela University will host in Gqeberha from December 8 to 12. 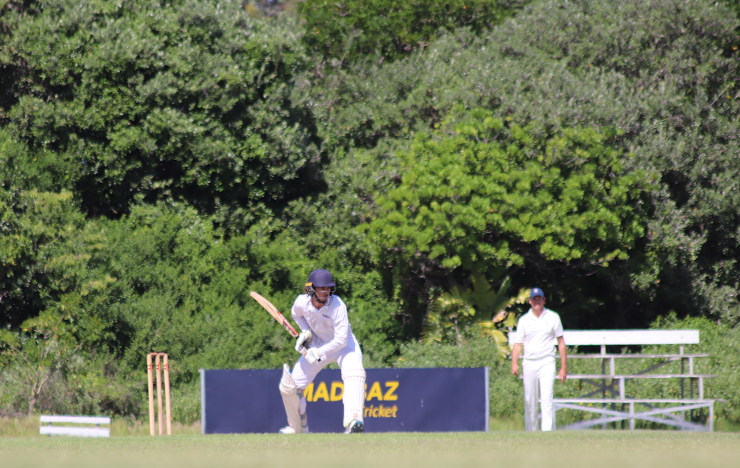 Madibaz cricketer Erasmus Pretorius will have an important role to play when the University Sport SA cricket week takes place in Gqeberha from December 8 to 12. Photo: Supplied

Head coach Lefa Mosena felt that playing at home would give them a good chance of capturing the title, however, warned that it would not come without challenges.

It has been almost two years since a national tournament took place and there is an air of excitement in the Madibaz camp.

“We are looking forward to the opportunity,” said Mosena, “but hosting the week and playing at home will come with pressures and expectations.

“Managing that will be our challenge and making sure that we take care of the basics will be important.

“Also, a number of our players participate in other Cricket South Africa programmes, so it will be important to manage workloads to ensure that we have everyone fit and ready to contribute when called upon.”

He believed it would be an interesting tournament as there would be new faces in many of the teams.

“It’s almost two years since we played these teams so there is a bit of an unknown factor,” added Mosena. “But with the group we currently have, we are confident that we can achieve good results.”

He said the University of Pretoria were always a threat with their strong cricketing culture, while Stellenbosch and North-West were others to watch.

The Covid-19 disruption had created a sense of eagerness among the players, the Madibaz coach said.

“Having been prevented from going through their normal programmes in the past two years has energised them to embrace the opportunity of playing the top varsity cricketers from around the country.

“The goal is to win our first three games as that will place us in a good position. It is important to get a strong start to boost confidence, so the players will need to perform to their potential.”

He said there was a nice balance of experienced members and exciting young players.

“Kyle Jacobs brings knowledge, calmness and leadership, while a player like Tristan Stubbs can put most teams under pressure.

“A youngster such as Ethan Frosler is one to look out for, both now and in the future.”

Madibaz Sport cricket manager Sipho Sibande said they hoped to go one better than in 2017 when they reached the final.

“The team have performed relatively well at recent USSA tournaments with the most notable being that in 2017,” he said.

“Unfortunately, the previous tournament in 2019 was affected by rain and in 2020 all USSA tournaments were cancelled.”

The tournament will be contested on a 50-over format and the A-section has been divided into two pools, with cross-pool playoffs.