The Takealot Satellite Classic road race will appeal to a broader range of cyclists this year with an offering of two distances when it takes place in Magaliesburg in mid-October. 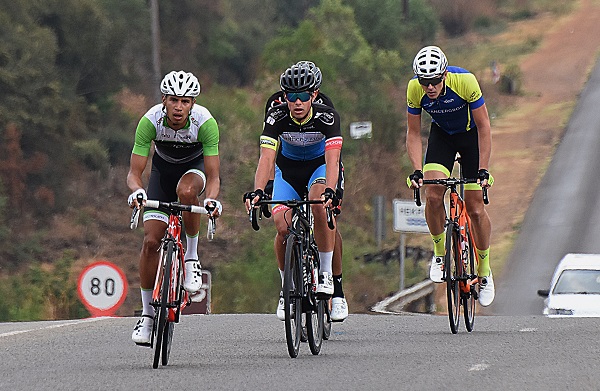 A number of changes, including a new race venue, have been introduced to the Takealot Satellite Classic road cycle race when it takes place in Magaliesburg, Gauteng, on October 12. Photo: Wayne Hanscombe/Jetline Action Photography

This is one of a number of changes to the event near Hartbeespoort Dam on October 12, which also include a new race venue and a route variation.

Besides the feature race of 106km, ASG Events are also offering a 31km distance, which chief executive Erick Oosthuizen believes will attract the less experienced cyclists.

“We felt the longer distances we had last year (107km and 84km) did not offer that much of a difference,” he said.

“That is why we have gone for the two options this year, which we think will create a broader appeal for the race.

“The 31km distance does not include a lot of climbing and is an ideal opportunity for cyclists relatively new to the sport to experience racing conditions.”

Oosthuizen added that the change to the route meant cyclists would tackle the infamous Hekpoort climb just 8km into the race, rather than in the closing stages.

“In addition, the new venue at Bekker High School in Magaliesburg will provide a different feel.

“Our new hosts will bring a fresh flavour to the event with their warm hospitality.”

One element which hasn’t changed is that the 106km distance remains a premier seeding event for the Cape Town Cycle Tour.