From a race which nearly didn’t happen, the SPAR Women’s Challenge has become one of the most popular roadrunning events in Port Elizabeth, drawing thousands of runners each year.

On March 21, the 27th edition will be held when close to 10 000 runners will descend on the Summerstrand race village adjacent to Pollok Beach for the 10km and 5km races.

While the event is firmly established on the local calendar, it wasn’t always so. Grand Prix Series co-ordinator Ian Laxton recalls an initial cool reception to the idea from PE roadrunning officials. 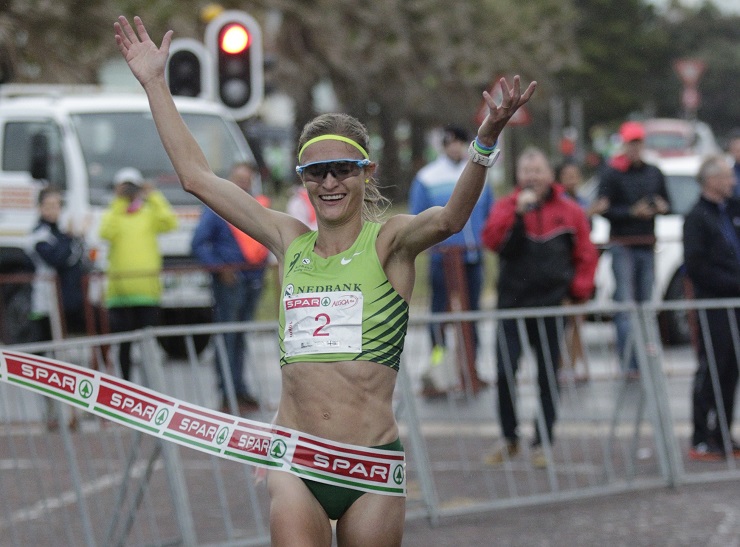 “The first race was held in Durban in 1990,” said Laxton, who has been involved with the events since their inception. “We began to extend it around the country but when we came to PE in 1993 we were told the idea wouldn’t work.

“But the next year we decided to go ahead whatever the locals felt and the PE race has become a very special part of the calendar.”

Walmer Athletics Club, under the chairmanship of Loynes Jenkerson, took up the task of race organisers, beginning with just 274 runners in the 10km event.

From those relatively humble beginnings, Laxton said the races “just took off” as thousands of runners began to line up at the start.

“During that period we became much better in terms of organising the events and we had really good media partners promoting the races.

“We also decided to decentralise the organisation, so this was never done at a national level, but left to the regional SPAR distribution centres to organise.

“This was one of the best things we did because the DCs became very involved in the races.

“Things went ballistic around the year 2000 and the PE race peaked at 14 000 runners. It’s not quite as big now but remains a very important part of the series.”

Laxton said the idea for the series was two-fold – to create an opportunity for elite runners to showcase their talents while encouraging SPAR’s lady customers to enjoy some exercise and female camaraderie.

“There were no cut-offs, there was good value for money and we focused on the masses. I have no doubt you will find these people still jogging and having their family run with them.”

This led to initiatives such as the 5km distance being introduced in 2005, which created an opportunity for a whole new wave of participants.

The first Port Elizabeth champion was Olympian Elana Meyer, who had won a 10 000m silver medal at the 1992 Barcelona Games, and Laxton added that the series had been critical to the development of South Africa’s top female runners.

“You can ask any of our leading competitors – the Rene Kalmers, the Irvette van Zyls – and they will tell you how important the SPAR races have been for them,” he said.

“The races are well organised, the courses are generally fast and there are good incentives.”

In 2007, Laxton was instrumental in introducing the Grand Prix Series which, he felt, had taken the competitive edge to another level.

“The incentives on offer have attracted many top runners, not only in South Africa but from further afield as well.”

This was demonstrated last year when Namibian Helalia Johannes competed and set new records in each of the six races.