University of Johannesburg basketball star Lance Chikore has been recognised for his academic expertise by being asked to present a paper at an international seminar in Cape Town next month. 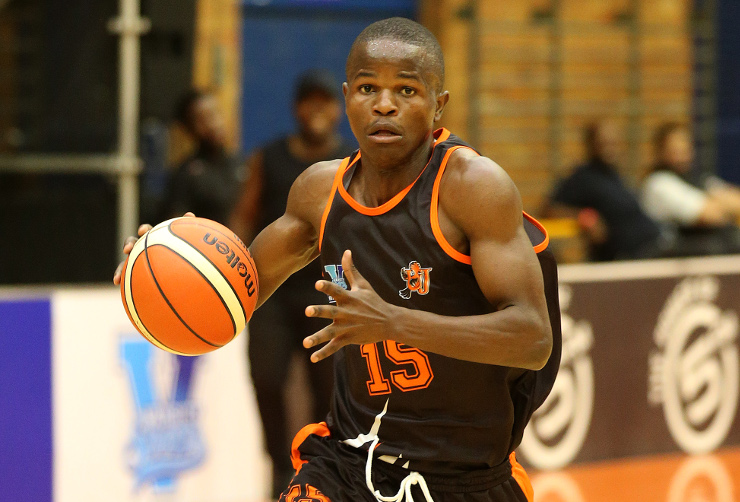 Lance Chikore was part of the University of Johannesburg team which won the title in the University Sport South Africa basketball tournament earlier this year. Photo: Reg Caldecott

Now his attention is on presenting a paper at the seventh International Conference on Structural Engineering, Mechanics and Computation at UCT from September 2 to 4.

“The main aim for my project is to introduce the use of a special type of glue called Epoxy in large-scale construction of buildings which are made of steel,” said Chikore.

“This is to be done so that in the near future the construction industry will replace the common jointing materials like welding, bolting and riveting with this glue.”

On the court, he has been focused on achieving success with his basketball colleagues after they had lost in the USSA semifinals for four years in a row.

“That was very frustrating, but all the pain was swept away after a clean sweep during the tournament [and] being crowned the national champions,” said Chikore, who started with the team as a first-year in 2015.

“Right now I am so happy. It is a dream come true and the feeling is just great.”

The UJ star seems to have perfect harmony between his academic and sporting commitments, but he said it was not achieved without some sacrifices.

“It is not easy to be a student-athlete but because of my love of the game I had to make sure I created enough time for basketball,” he added.

“For example, as an athlete, team practice is not sufficient, so you need to create extra time to work on your individual skills and to develop your game.

“Personally, for me to keep on track I had to cut down on some other activities like going out on a regular basis and to minimise the number of hours of sleep to an average of five or six, depending on my workload and to make sure the brain stayed healthy.”

His message to young students following in his footsteps was to forge their own path in the world and to always work hard.

“Never let anyone tell that ‘you cannot do it’ or that ‘certain people have tried it and failed’.

“Above all, hard work is key. People may argue that hard work does not guarantee success but I have never met a successful person who never invested in hard work in their area of expertise.”