University of Johannesburg women’s coach Jabulile Baloyi wants her team to show accuracy on attack when they compete in the Varsity Football tournament this week. 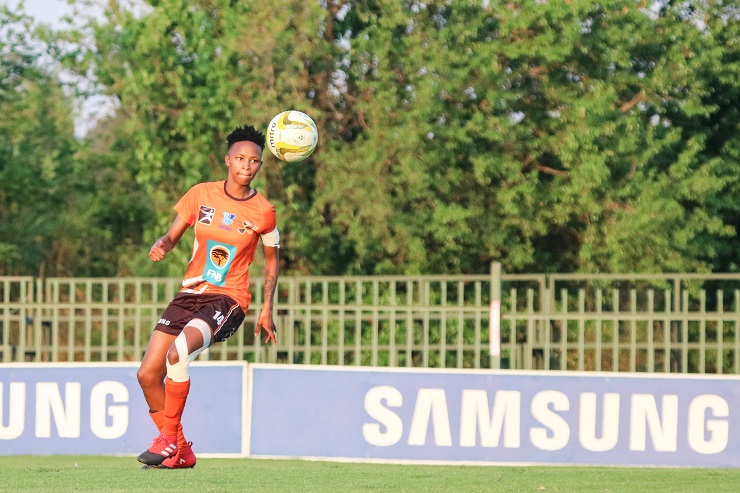 Thato Letsoso will be a key player for University of Johannesburg when the Varsity Football women’s tournament gets under way in Potchefstroom on Thursday. Photo: Barco Greeff

The event in Potchefstroom will see UJ open their programme against University of Western Cape on Thursday. Matches will be played until Sunday, with the final scheduled for September 26.

“We need to make sure we can be ruthless in front of the goal and bury the chances we create,” said Baloyi.

“If we are able to do that it will make things much easier for us as the competition progresses.”

She added that they had good continuity in the squad, with only Refiloe Maseko and Karabo Makhurubeshi new to the team.

The coach felt their opening matches in the tournament would be key to how they fared in the long run.

“If we can do well at the start it will be a boost for the team, improving the unity in the squad and keeping the players motivated.”

The eight teams are divided into two pools of four and UJ are grouped with UWC, University of KwaZulu-Natal and University of Zululand. The top two teams from each pool will qualify for the semifinals.

After winning the University Sport South Africa tournament and ending third in Varsity Football last year, Baloyi added that there had been something of a hiatus while they waited for the national league to start.

“But we did plenty of training and played against a number of sides in that time.

“Since the start of the national league the team has been working hard, using the matches to get into our best shape.

“We haven’t had the best start, but we are aiming to improve all the time as Varsity Football approaches.”