With all eight teams vying for the title, University of Johannesburg Elize le Roux says they are prepared for a tough passage when the Varsity Hockey competition kicks off next weekend.

The opening round of matches takes place at the UCT astro from May 3 to 6 and Le Roux said it was difficult to pinpoint any top contenders.

“I really feel that all the teams are in the running,” she said.

“The sides that perform most consistently on the first weekend will obviously be the ones to watch, but it will probably all boil down to what happens on the second weekend.

“In addition, I think the bonus points on offer could be crucial in separating the teams in a tight competition.” 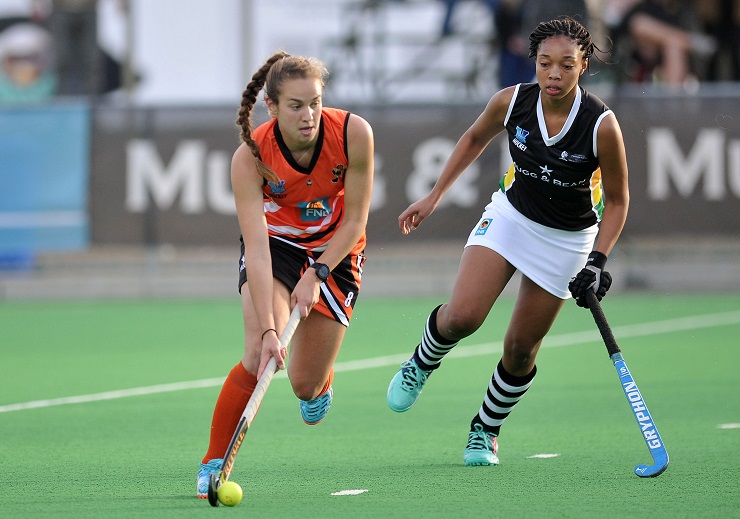 National player Kristen Paton will add invaluable experience to the University of Johannesburg women’s squad when they compete in the Varsity Hockey tournament starting in Cape Town on May 3. Photo: Luigi Bennette/Saspa

She added that a mix of senior stars and promising U21 players formed the core of the UJ squad.

“We have a great base of players from our senior group available.

“Combine them with several U21 players and we have a squad full of experience and youth.”

She acknowledged that one of the big challenges they faced was the timing of the competition.

“It does come fairly early in the hockey year so preparations have been a challenge.

“Managing student-athletes with their academic commitments comes into play, but we have done all we can and are ready for what lies ahead.”

The second weekend will take place in Potchefstroom from May 10 to 13, with the play-offs being held on the Monday. The final will be played on May 20.