University of Johannesburg student-athlete Yane van der Merwe made her mark in South African para athletics by breaking the national U20 javelin record at the South African championships in Germiston last month.

The 19-year-old Van der Merwe threw the javelin a distance of 26.56 metres in the F44 class to claim the gold medal.

Her rise to the top in SA para athletics came after a chance conversation with a friend about the sport.

“After she told my mother and me about it, we did some research and I began competing in para athletics towards the end of 2016,” said Van der Merwe.

“The class F44 means that you have a joint below the knee that does not function properly.

“For me it is my right ankle as I have only a minimum degree of function, meaning I cannot move my ankle in any way.” 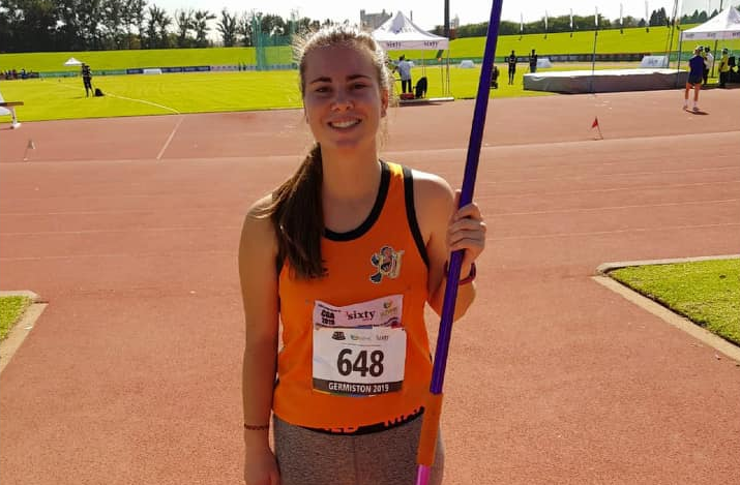 She immediately revealed her potential by winning the U18 girls javelin event at the national champs in Port Elizabeth in 2017 and since then has gone on to win a string of medals.

The highlight of her career, she said, came at the International Wheelchair and Amputee Sports Federation World Games in 2017 in Portugal.

“I came home with a gold medal for javelin and a bronze medal for shot put, so that has been my biggest achievement so far.”

This year she has confirmed her standing in South African athletics, winning gold medals at the SA championships for the physically disabled in the javelin, shot put and discus events in Stellenbosch.

In the world para athletics rankings, Van der Merwe is ranked second in the javelin, third in the shot put and fifth in the discus.

She said she was now focused on trying to qualify for the World Para Championships in Dubai in November, as well as next year’s Olympic Games in Tokyo.