Playing at UJ’s Soweto campus, the home team twice trailed by a goal but equalised each time through Moagi Makhoane and Preston McKay in the 2-2 draw. 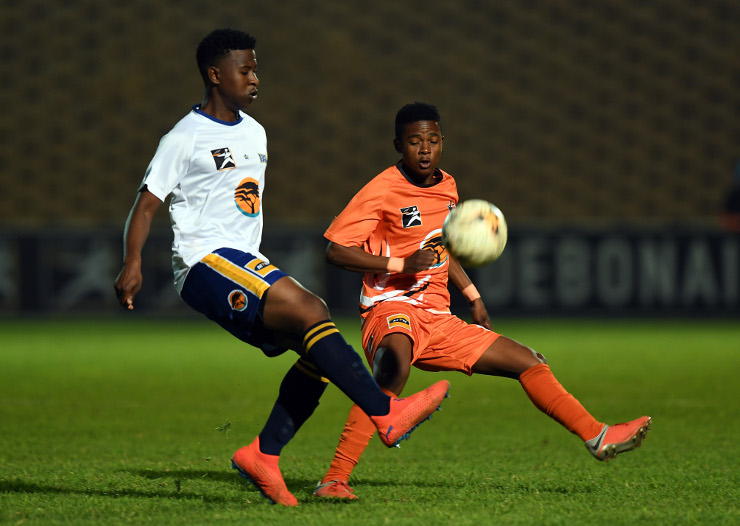 University of Johannesburg captain Sphesihle Mbhele (right) battles for possession with Sandile Mdluli of the University of the Western Cape during their Varsity Football match at the UJ Soweto campus on Thursday. Photo: Photoshelter

It provided one of the few positives of the night for Mbhele.

“While I want to see a big improvement all round, I was encouraged with the way the guys bounced back on Thursday against UWC,” he said.

“Each time we went a goal down we managed to show the character needed to bounce back and find the equaliser.”

He left no doubt, however, that he wanted to see a much better effort against North-West University at the Soweto campus this week.

“We will be working hard to improve our game in every department to keep up our challenge to reach the semifinals,” said Mbhele.

“We definitely need to show better form against North-West on Thursday.”

The Orange Army will be aiming to consolidate their position on the log after two wins, a draw and a loss so far.

While they are in second position on seven points, there are several teams in hot pursuit, with Central University of Technology just a point behind them.